The revised Vessel General Permit (VGP) issued in 2013 by the US environmental protection agency caused a major stir in shipping. The required use of environmentally acceptable lubricants (eal’s) became – and still is – a material technology issue forconventional seals. Classic FKM materials utilised in marine underwater drives at the oil-water interface are attacked by environmentally-friendly oils and are quickly destroyed. Freudenberg Sealing Technologies (FST) has developed a series of materials which are resistant to biodegradable lubricants and that are suitable for a wide range of applications. Standard FKM seal materials are not compatible with biodegradable oils when water is involved. They swell up, eventually become porous, and quickly lose their sealing effect. This problem currently affects the shipping industry in particular. The VGP stipulates that merchant vessels of 24m or longer are only allowed to enter a US port if they use biodegradable, and thus environmentally-acceptable, lubricants. The reason for this provision is that even during normal ship operation, small quantities of oil escape into the water via the oil-water interface of the drive, which in the case of normal mineral oils cause far-reaching environmental pollution. FST has therefore, in cooperation with in-house specialist. Klüber lubrication, developed a range of sealing materials that are not only resistant to the new ester-based lubricants, but also meet the high demands of the marine industry.

Ester-based biodegradable lubricants decompose when exposed to water. This process is catalysed by high temperatures caused by high operating pressures and/or high circumferential speeds of the drive shaft. even a small amount of water in the lubricant is sufficient to form free radicals that react with standard sealing materials and cause the seals to swell in a very short time, so that they can no longer function properly. however, where the drive shaft is guided out of the ship’s hull or engine housing, at the so-called oil-water interface, such unfavourable conditions cannot be avoided.during immersion tests in biodegradable ester-based oil and water at normal test temperatures of 800c, bioFKM materials developed by FST show a high resistance to the reaction products of ester hydrolysis. The 2.5% increase in volume due to physical equilibrium swelling in a commerciallyavailable eal is comparatively low and is finalised after 28 days. Since no further chemical reactions occur through decomposition products, the physical properties remain stable over the service life of several years, which is usually required in shipping. In contrast, standard FKM materials already show a volume increase of more than 25% after 28 days (See figure 1). Even after that period, there is no balance and the volume continues to increase. a premature failure of a seal made of such a material is inevitable. The efficient long-term performance of the durable materials developed provides an answer to the high demands placed on the service life of seals in shipping. These materials are currently used in special rotary shaft seals and specific products such as the merkel radiamatic r35 radial shaft seal from FST, which has already proven itself in numerous applications with special requirements. a reliable lifetime gives ship operators planning security and also prevents expensive dock visits and unplanned downtime that would otherwise be unavoidable if the seal failed prematurely.

With its bioFKm versions, Freudenberg Sealing Technologies offers materials that are permanently suitable for use at high circumferential speeds and temperatures in conjunction with biodegradable lubricants. These materials are therefore particularly suitable for the upper performance range, in which classic sealing materials fail after a short time due to their swelling behaviour. Figure 1: Volume changes of different sealing materials in bio-oil with/without water content at 80°C and 130°C. 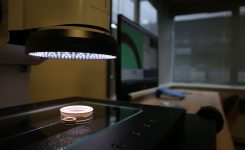 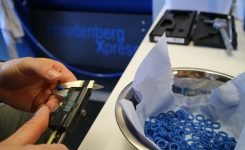 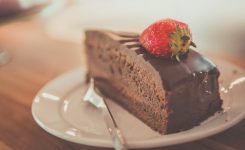 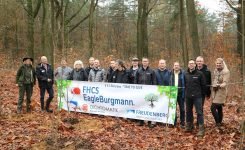 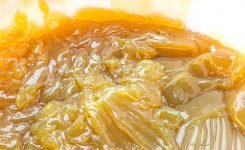 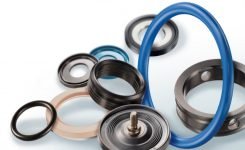